In a 2016 article in Diabetes Researchers/Metabolism Research and Reviews,researchers Sicco Bus and Jaap van Netten at the University of Amsterdam assert that a shift in priority in diabetic foot care and research is needed. The majority of resources, including time and effort, are spent on ulcer healing even though 75 percent of ulcers are preventable. The authors note that as many as 600 million people worldwide are expected to have diabetes by the year 2035,and of that number 15 to 25 percent (90 to 150 million) are expected to develop one or more diabetic foot ulcers (DFUs). Bus and van Netten add that only 1 euro is spent on prevention for every 10 euros spent on treatment. The ratio of clinical trials on healing verses those on prevention is equally high. The authors cite the 100 most recently published clinical trials in PubMed (as of 12 April 2015) where 62 were on ulcer healing and only 6 were on prevention. Also examined was Medicaid health cost data in the US which suggested that for every $1 misguidedly saved by eliminating a low-cost preventive service the associated increase in hospitalization charges was $48. What is effective in prevention? Home monitoring of foot temperature followed by therapeutic footwear. Download the full PDF of the article here.

MR3 Health in the Media! 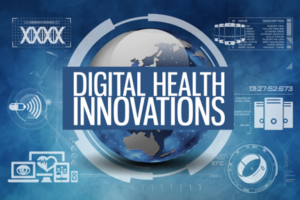 Learn more about the clinical trials behind TempTouch™